‘God Bless Birmingham’ – That age-old question, is it the artist or the subject that wins here?

‘God Bless Birmingham’ – That age-old question, is it the artist or the subject that wins here? 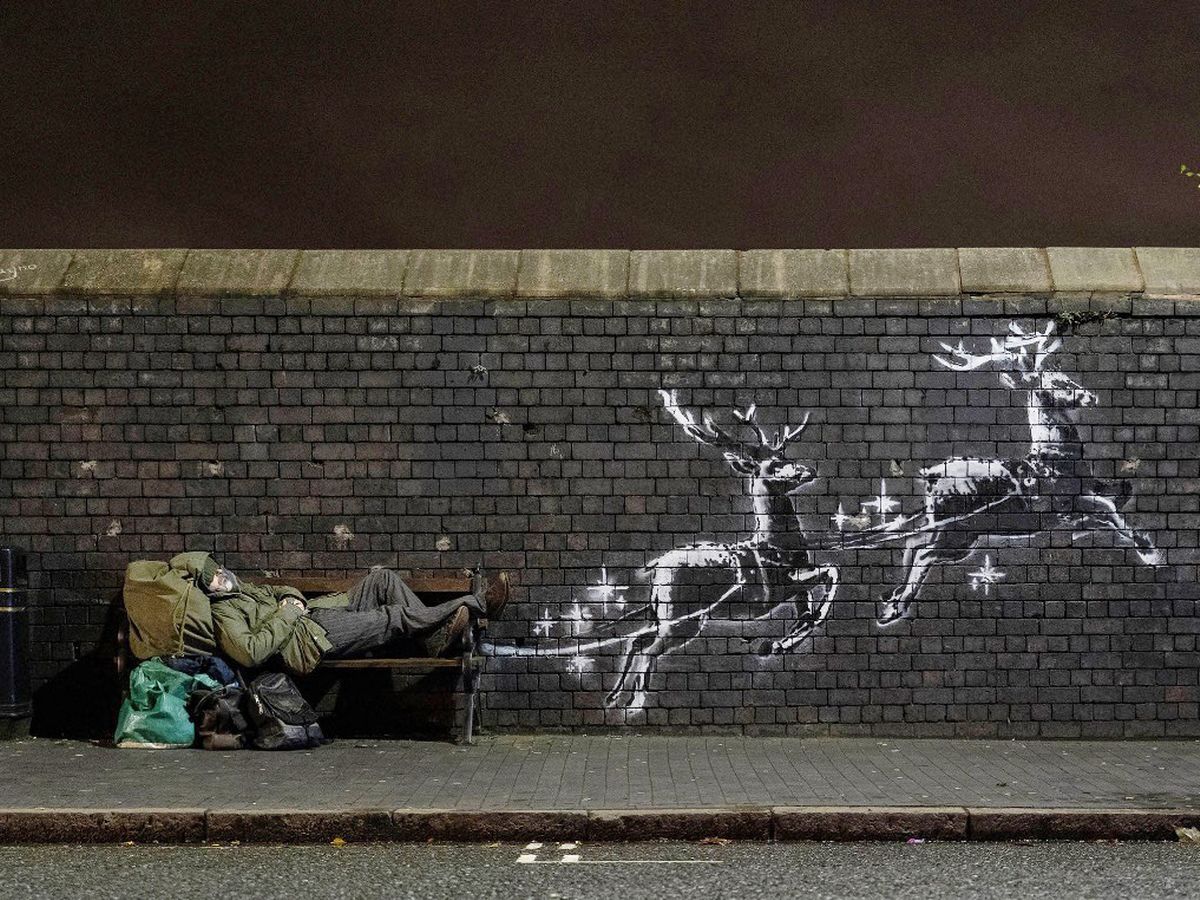 Banksy makes Birmingham the backdrop for message about Homelessness.

As with every piece of Banksy artwork, as soon as the paint was barely dry, Perspex protection and 24 hour security were put in place to protect it. This one however, just happened to be in the Jewellery Quarter, Birmingham and making a pretty important statement about homelessness – the reality of this national crisis is hard hitting and a sad look at the state of the nation – just to shine some light on the crisis, according to Shelter, there are 23,000 more homeless people now than in 2016. The coverage that the mural received within minutes was overwhelming, but to whose benefit – I think the bigger question we need to be asking is if the piece is really highlighting the issue of homelessness or will it just end up being another Banksy piece on a very fortunate art collectors shelf?

Birmingham – arguably the ‘second city’ with its current rate of economic boom, also soon to be home to HS2 and the up and coming Commonwealth Games 2022, has one of the highest homeless rates in the UK (reported one in 73 people based in Birmingham are classed as homeless and on average 18 people die of homelessness every year in the city) as brought to life through ‘God Bless Birmingham’.

‘God Bless Birmingham’ focusses on a homeless man named Ryan, the art showing him being ‘pulled away’ by Santa’s reindeers with his bench that he is asleep on, acting as the sleigh. The video of the piece went viral within minutes with Banksy even messaging the video, praising the generosity of the Birmingham people who approached Ryan with offers of food, drinks and lighters throughout the work being done, with Ryan not even having to ask for anything. I think what is key here is the simple generosity of being kind in a climate that doesn’t really allow the opportunity for a lot of people to be so.

Highlighting the hypocrisy of the piece vs the expensive security put in place to protect it was done by artist ‘HER’ who ‘vandalised’ the piece by spraying two red noses on the Perspex covering the reindeers. Claimed at being in response to the focus being on the amount of money spent ‘saving’ the mural rather than looking into the message of the pieces and tackling the issue it is meant to be highlighting. Whilst the mural certainly has got national attention, is it really helping to make changes to the lives of those it effects – probably not.

Realistically I think that the fact the piece was by Banksy has overshadowed anything that possibly would have helped to make a difference to the 68,000 households classed as homeless in the UK. But I think what is important to keep in mind, is the pure simple kindness in offering that little bit of help even if it is a hot drink not only over the Christmas period but whenever you can spare that generosity. As like those Birmingham people in the video with Ryan, even asking an ‘Alright bab?’ as you hand them a hot chocolate would just maybe that world of difference to them.

For more information on how you can help or even just to find out some more information, you can visit pages such as www.shelter.org.uk, www.crisis.org.uk or www.homelessone.org.